How To Get Govt. Job Without Wasting Years?
CLICK HERE 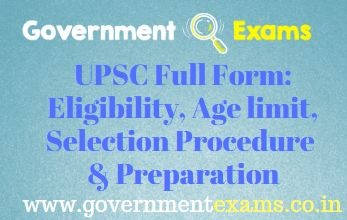 Full-Form of UPSC? What is UPSC?

The UPSC full form is Union Public Service Commission. UPSC conducts a National Level Examination for 24 services under the State & Central Government of India. It is a central recruitment agency in India for appointments and examinations for All India Services and Group ‘A’ & Group ‘B’ Civil Services.

The functions of the Commission under Article 320 of the Constitution are:

The Government Exams portal enables you to manage all recruitment activities online. We add countless jobs which include categories, job profiles, job summary, Education Qualification, Age and Submission of the post details.